Thr normally sleepy and quiet Rambla de Oria was rudely awakened this Sunday morning when dozens of hashers and their dogs arrived. 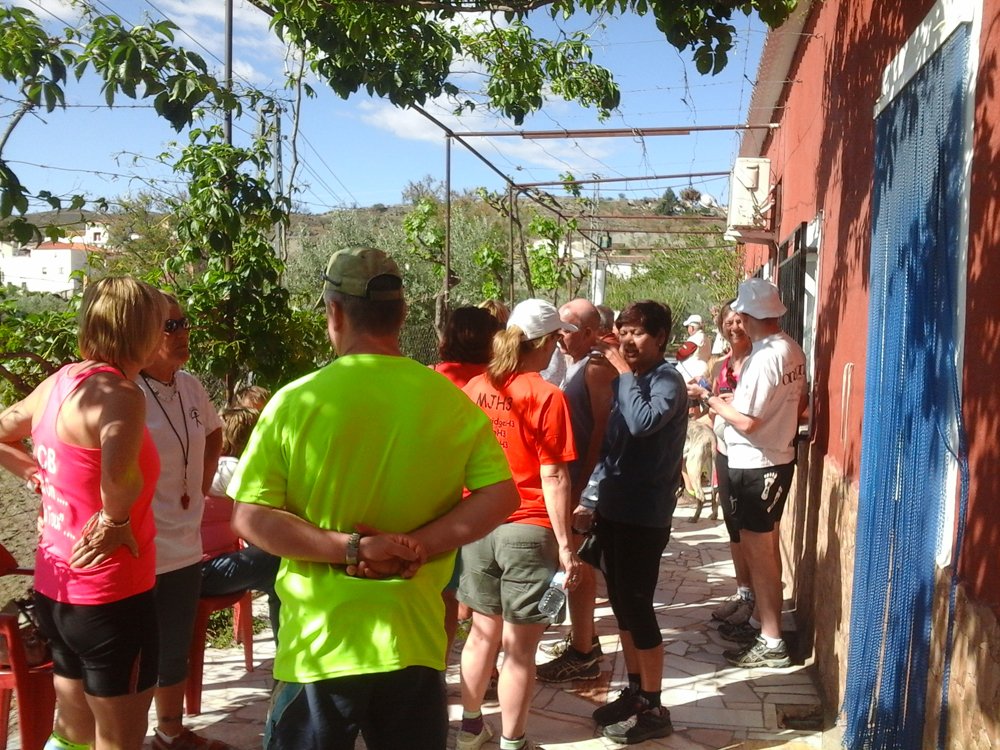 The starting point was Angelita’s Bar where the coffee machine coughed and spluttered its way through a rude awakening and the terrace groaned under the weight of two-legs and four-legs keen to get going. The dogs did a good job of waking up the neighbourhood, while the bar’s cockerels made their presence known at full volujme too.

The IndaloH3 numbers were bolstered somewhat with seven visitors from Cambridge (part of the Mojacar invasion) and a number of virgins.

The walk took hashers through the village and down the rambla, passed a lesser known plant – a hybrid of a car and prickly pear – before heading back to the start point for the circle.